Wailuku has a rich history that’s populated by Gods, kings, and battlefields. Sitting at the mouth of the lush ‘Iao Valley it’s surrounded by ancient beauty, yet full of modern conveniences.

Wailuku is best known for its historical importance, and the modern city also holds the Council seat of Maui County. Although Wailuku isn’t the most popular of tourist destinations on Maui it is certainly worth a visit. 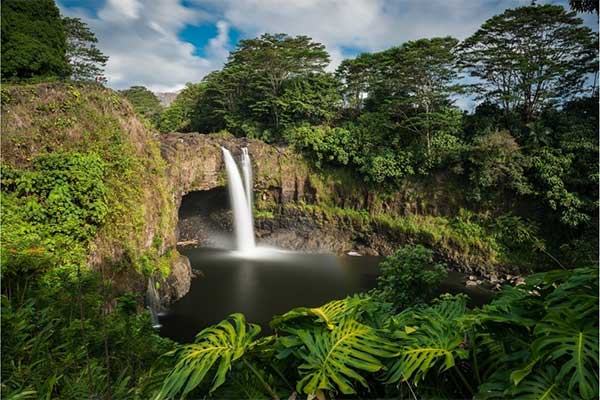 The History of Wailuku

Like much of Maui, Wailuku has experienced significant changes in recent centuries. At one point, the expansive greenery and running water made Wailuku the seat of kings, and their sacred temples still stand proud.

Wailuku is best known as the battlefield of the Battle of Kepaniwai. This bloody and devastating battle was fought in 1790, between Hawai’ian forces led by Kamehameha, and the Maui forces led by Kalanikūpule. Legend holds that when the battle ended the river “ran red with the blood of the dead”.

As with much of Hawai’i, Wailuku was irrevocably changed by the arrival of Christian missionaries. The land was seized to be used for sugar plantations.

Workers from across the globe created a multi-ethnic citizenship, and the town and its historical buildings were built to accommodate the international workforce.

Once someone sees the breathtaking vistas of the ‘Iao valley they can never forget them.

There is an unforgettable aura to the ‘Iao valley, created by the mist and clouds, and with dramatic cliffs and a lush rainforest, the ‘Iao valley is known as one of the wettest places on Earth. Visitors who forget an umbrella quickly find out why.

The ‘Iao valley is easy to get to by road, and most visitors find the marked paths of the ‘Iao valley easy to climb. Following the trails introduces them to some spectacular flora.

But, visitors should remember that the ‘Iao valley is a sacred ground, and holds the bones of many past rulers of Maui.

For that reason, it’s important to respect the marked trails, and not deviate from them.

One of the most impressive sights of the ‘Iao valley is the ‘Iao needle. At 1,200 feet tall, it stands proud amongst the sharp cliffs of the valley and is easily accessed via a walking trail which provides visitors with a view of the needle’s sloping back.

The needle is considered a representation of the Hawai’ian God Kanaloa, due to its phallic nature. Although this might not be obvious from the lookout center it’s perhaps easiest to see the resemblance from the car park.

As a place considered to be worthy enough to house the bones of royalty, it’s no surprise that there are many historical sites to see in Wailuku.

The Haleki’i and Pihana Heiau are both located in the Haleki’i-Pihana Heiau State Monument park. A Heiau is an ancient structure that was built for ceremonial purposes. As Wailuku was once an important place for ali’i, or nobility class, these structures were built at the request of kings.

The Pihana (“gathering”) Heiau is the oldest of the two and acted as the major Heiau for the Wailuku area. It’s thought that this was once a luakini: a place to offer sacrifices.

Haleki’i was built later, and it’s known as the “image house” because of the abundant images found across its terrace. These Heiau are two of the most accessible examples of pre-contact Hawaiian structures to be found on Maui.

The attractive white facade of the Ka’ahumanu church was built to honor Queen Ka’ahumanu. She was an early adopter of Christianity, and in 1832 asked for a church in Wailuku to be built in her name.

Although it took the missionaries several decades to construct, the church was eventually established. Today, it is a popular tourist destination.

Another historical site is the Bailey House Museum. Built to house missionaries, it now holds many fascinating examples of the art and culture of Maui.

One of the items to be found here is Duke Kahanamoku’s massive redwood surfboard. It also contains one of the few wooden statues to survive the purge of the Hawai’ian religion.

A leisurely wander across the historical streets of Wailuku reveals many attractive wooden-fronted buildings. These ‘mom-and-pop’ style stores have been passed down through generations, creating a charming distinctiveness.

And nestled right alongside the historical shops are the modern, high-end boutiques.

As both the home of kings, and a town built for unskilled workers, Wailuku is a mixture of old-fashioned charm and modern day luxury. It’s the perfect place for holiday shopping.