If you have spent any time walking on the beach on Maui, you may have noticed something missing.

Where are the seagulls?

Unlike other beaches in the world, such as Australia or southern California, seagulls don’t exist on Maui. But why?

Simply put, Maui just isn’t the right vibe for them. It’s not their ideal habitat and lacks the food they prefer to eat.

1. Maui is Too Far Away from the Mainland 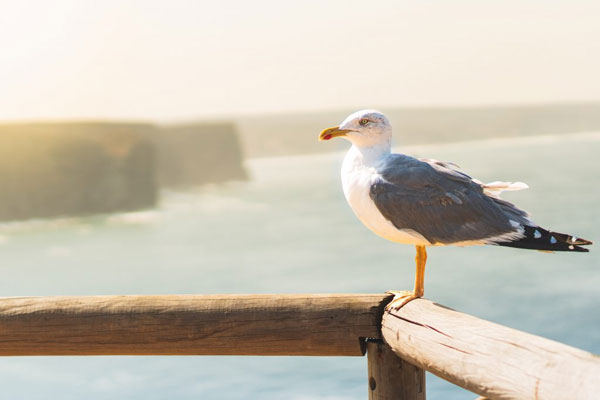 Seagulls prefer to live in areas that have a shallow continental shelf that extends out from the mainland. This zone allows seagulls to more easily find food they like.

However, the Hawaiian Islands formed because of volcanic activity in what we call a “hot spot.” In other words, a tectonic plate shifted over an area that allowed magma to come up to the earth’s crust at the bottom of the Pacific Ocean.

The magma eventually rose above the water to form the Hawaiian Islands, notably without a continental shelf.

Another reason you will not find seagulls on Maui is that, unlike the tourists that come here from all over the world, seagulls are homebodies.

Seagulls prefer to stick close to shore and don’t venture far out into the ocean at all.

Some common places that you will find seagulls include:

Seagulls will not fly to Maui because Maui, and the rest of the Hawaiian Islands, are so far from continental North and South America—where their ideal habitats are.

You might think that seagulls are not found on Maui because the food supply isn’t right for their diet. That’s true, to an extent.

The natural diet of seagulls is actually quite broad. They like to feed on a variety of foods including:

Although some of these certainly exist on Maui, these are more easily found in other continental areas that also possess the physical land attributes seagulls prefer.

However, because seagulls are scavengers, they also eat human food and trash. So, although there wouldn’t be much opportunity for natural food sources on Maui, it’s possible they could survive on people’s leftovers, if they had to.

4. Hawaii is Known for Extinction

Hawaii is home to many diverse species.

One of the more interesting attributes about the Hawaiian Islands is that because they are so remote, animals have evolved differently than in other parts of the world.

However, Hawaii is also known for species extinction, especially birds.

The American Bird Conservancy refers to Hawaii as the “bird extinction capital of the world.” Yikes.

So it’s probably best that seagulls don’t live on Maui, since humans are responsible for much of the extinction rates with already limited space. And the island just doesn’t have what seagulls need, of course.

Here’s a fun bonus fact: Seagulls don’t exist on Maui (where you might think they would), but they’ve taken up residence in Utah of all places.

In 1848, Mormon settlers were plagued by swarms of crickets, which ate their crops. As you can imagine, this was a problem. The settlers tried their best to repel the insects in what’s called the “Cricket War of 1848.” Yes, it’s real.

Yet, they were unsuccessful. The only thing that stopped the crickets were colonies of California gulls, which ate all the pests. Guess the colonies decided to stick around after that!

5. You Won’t Find Seagulls in Maui-Because They Technically Don’t Exist

The term “seagull” is actually more of a common generalization rather than a precise name. The truth is that seagulls, as a species, don’t exist at all.

Rather, “seagull” is a name that’s used to identify gulls in general. There are actually 28 species of gulls in North America, including:

So, the next time someone notices that there aren’t any seagulls on Maui, you can honestly say, “That’s because seagulls don’t exist!” It will make for an interesting conversation starter, to be sure.

Even though you can’t find seagulls on Maui, that doesn’t mean there aren’t plenty of other opportunities to find interesting birds on the island. The Hawaii Audubon Society has a Guide to Birding on Maui, describing common birds on the island and where to find them.